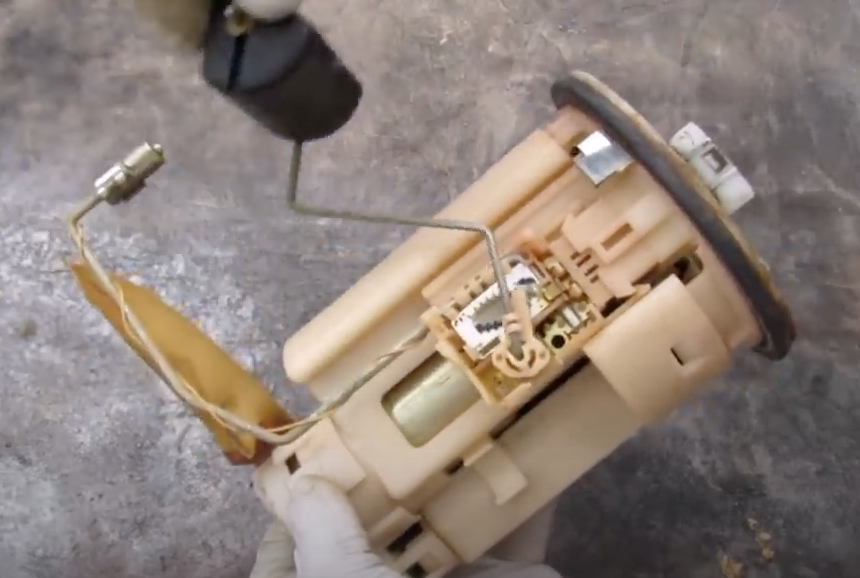 If open circuit of fuel pump motor occurs only during engine operation, while everything is normal after the engine starting, it indicates the engine ECU can't store fault code. Because the moment when the engine ECU does not carry on air-fuel mixture ratio control, the oxygen sensor signal will work after the failure last for a certain time when engine ECU confirmed the existence of the fault.

The fuel supply is insufficient

If there is a serious insufficient fuel supply in the fuel pump, it can be seen that the fuel pressure decreases as the throttle opens wide. When the engine is speeding up in situ after the oil pressure gauge is connected on the fuel supply line. If the fault is minor, it is difficult to observe the pressure drop (both engine idling and acceleration in-situ are normal), it is necessary to use the chassis dynamometer for loading test, or plug the return line of fuel pressure regulator by measuring the maximum fuel pressure, then determine the fuel supply capacity of fuel pump. At the moment, if the fault code shows the mixture is too thin, it may be caused by another cause.

August 13, 2020
Recommended Reading
Maintenance of the breaker point ignition system Symptom of a bad alternator The cause and diagnosis of idling starter Common Issues of Automotive Starting System (Case Study) How does the electricity come from the car
Updated Products