Vehicles can’t run without ignition and fuel injection. These are complicated operation, and some sensors get involved. The camshaft position sensor is the one. If you want excellent wholesale products, welcome to Delcoribo.

During starting, it is not possible to distinguish between these two kinds from the crankshaft position signal alone. At this point, the camshaft position sensor plays a role in accurately determining the position of the compression top dead center. As a result, the ignition timing will change.

A shaft is generally equipped with a number of cams, which are mechanically linked to the equipment being tested. It moves in a fixed position around the circumference as the equipment rotates. The cams will be topped with mechanical contacts at the desired position so that they can be opened or closed to give a signal to control the equipment.

The camshaft position sensor uses the Hall effect to determine the position of the camshaft: a tooth made of ferromagnetic material is placed on the camshaft, which rotates with the camshaft.

When the tooth passes the Hall-effect semiconductor sheet in the camshaft position sensor through which the current flows, the magnetic field of the sensor deflects the flow of electrons in the Hall-effect semiconductor sheet perpendicular to the direction of the current, thus creating a voltage signal for a short period of time, which informs the ECU that the first cylinder is precisely at the top dead center of the compression stroke.

When the camshaft position sensor has a problem (such as unplugging the harness), you can't tell whether the diesel engine can start successfully. It should be considered depending on the specific car model. Even if the same electronic fuel injection system is used, some models can start while others cannot, depending on the control strategy of the system.

The engine is hard to start, or it even can't start; that is, it does not ignite. This is because the camshaft position sensor can predict the ignition sequence. If there is a malfunction, it will naturally have a difficult start.

The fuel consumption increases in the engine. If the camshaft position sensor is faulty, the car computer will not be able to inject fuel accurately, causing an increase in fuel consumption. 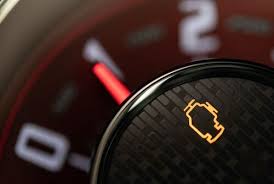 The engine ping happens, and the check engine light stays on.

Measure the signal line and the latch line to see if there is a signal voltage output. The voltage should be less than the supply voltage, and there is no damage to the sensor. The camshaft position sensor also detects the rotation angle.

That’s annoying when the car can’t start before going to work. A defective camshaft position sensor could be the culprit. Engines need exact information of camshaft position to perform well in all conditions. There must be some durable sensors to transmit signals without mistakes.

Static electricity can cause damage to auto parts. Delcoribo implements advanced technology to protect our components from electrical interference. In spite of working in sophisticated situations, our camshaft position sensors always maintain good performance and work well with other parts.

Automotive Sensors: Detectors And Converters Inside The Engine
Car Maintenance: 16 Simple But Effective Tips for You
What You Need to Know about Automotive Engine
15 Practical Skills to Test Car Sensors
New Driver's Guide to Various Dashboard Warning Lights