Oxygen sensors are installed on fuel pipes. These parts have great impact on air-fuel mixture. We work hard to produce high-performance oxygen sensors that improve fuel efficiency and minimize pollution.

High-Quality Sensors That Are As Good As Original Ones. Keep Away from Issues for Long Time. Monitoring Unburned Oxygen Without Mistakes. Exhaust Emissions to Keep Optimum Fuel Economy.

Oxygen sensors are essential components of engines to reduce exhaust pollution. Once the air-fuel ratio of the mixture deviates from the theoretical value, the cleaning ability of the three-way catalyst for CO, HC and NOx will drop sharply. Therefore, an oxygen sensor is installed in the exhaust pipe to detect the oxygen concentration in the exhaust. After that, it sends a feedback signal to the ECU, which controls the injection volume increase or decreases. 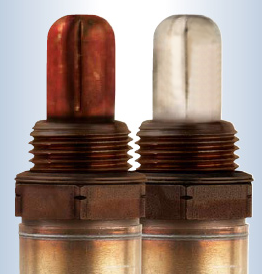 Non-heated oxygen sensor failure is usually caused by carbon deposits, which increases the reflection time of the oxygen sensor. It may cause the loss of oxygen detection.

The deposits are usually burned off for heated oxygen sensors, and the failure usually stems from catalyst depletion. The detection element incorrectly reports the mixture as lean. The ECU, therefore, increases the mixture concentration, and the vehicle exhaust contains more carbon monoxide and hydrocarbons, resulting in excess emissions.

Too much silicon causes deposits on the oxygen sensor. In general, gasoline and lubricating oil contain silicon dioxide. Silicone compounds are generated in the combustion. The improper use of silicone rubber sealing gasket makes the oxygen sensor failure. Therefore, it is necessary to use good quality fuel and lubricating oil. Choose and install good rubber gaskets. 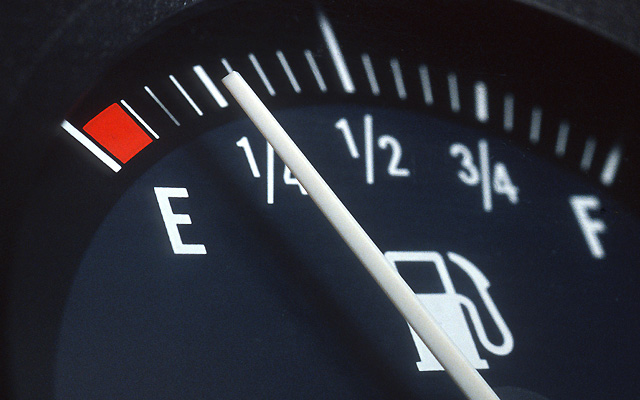 If the oxygen in the exhaust gas is detected too high, the air-fuel ratio is incorrect, with more air and less gasoline. Then the signal from the oxygen sensor is sent to the engine computer. The computer will control to spray more fuel to achieve the best air-fuel ratio.

On the contrary, when the oxygen level is too low, it means that the mixture is too rich. At this time, the fuel injection should be reduced. We always let the air-fuel ratio of the mixture maintains around the theoretical value. So when the oxygen sensor works properly, it has a positive impact on the combustion, emission and fuel consumption.

If the oxygen sensor transmits an inaccurate signal and keeps sending the engine computer a signal of a too-high oxygen level, the computer will command to inject more fuel, resulting in an overly rich mixture and increased fuel consumption. In most cases, the bad oxygen sensor will cause trouble codes. The check engine light comes on. This needs repair and replacement in time.

Sometimes, poor contact with sensors does not cause trouble codes. The check engine light does not come on. The driver is unaware of the problem, increasing fuel consumption inexplicably. We can only know that the oxygen sensor is faulty by viewing the data stream. Under normal circumstances, there is always changing data. If it doesn't change for a long time, there must be some problems.

The oxygen sensor is damaged for the same reason as the three-way catalytic damage. Bad fuel can be the culprit. The lead content in gasoline exceeds the standard, and it causes defective oxygen sensors over time.

A car with a bad oxygen sensor can also run on the road. There's one thing, the air-fuel ratio can't reach the best state, which causes unnecessary fuel consumption, incomplete combustion and other problems. Therefore, the bad sensor should be replaced in time.

As the core component for fuel efficiency, the oxygen sensor plays a big role in keeping correct air-fuel ratio. Delcoribo is committed to premium oxygen sensors. We attach importance to raw materials and high-standard manufacture. The quality management ensures the stable performance. You can trust our products in all driving conditions.

Engines need reliable oxygen sensors to reduce excessive emissions. We have improved technology to monitor accurate oxygen concentration all the time. You will find our sensors possess features of quick installation and easy replacement. All of them are tested before delivery.

Delcoribo gains good reputation for competitive prices. It’s a pleasure to provide superior service and extend your budget. We have oxygen sensors for most makes and models. You can always get what you want from us.

Automotive Sensors: Detectors And Converters Inside The Engine
Car Maintenance: 16 Simple But Effective Tips for You
What You Need to Know about Automotive Engine
15 Practical Skills to Test Car Sensors
New Driver's Guide to Various Dashboard Warning Lights