Cold engine start has abnormal sound, why? The most common causes are as follows: 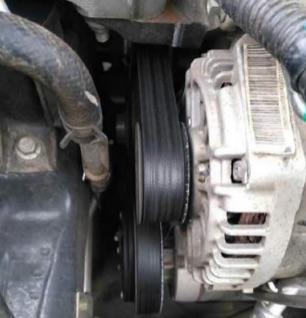 2. Valve lifter. If the car runs for a little while, then oil are already in place, and the engine lubrication and sealing is good, naturally, the sound will become smaller. In the beginning, the noise is bigger, but it doesn’t last long time, generally about 1 minute, it will back to normal, you can ignore this sound.

3. Starter. The starter will also cause abnormal sound when you start the engine in cold morning. This is caused by the starter’s internal gear, because the starter is less lubrication, stuck and unsmooth, which affects the pinion to get back to its position. In other words, when starting the engine, the starter can drive the flywheel to start the car.  The engine speed is driven by the power of the starter in this moment, after the engine was started, the pinion will come back soon. If the retraction is not timely, it will lead the flywheel and pinion to spin at the same time, and produce abnormal sound. When it occurs, just maintain the engine, it can’t fix this problem. You’d better to replace a new starter to completely solve the problem.

Finally, we remind you should pay attention to driving habits, and the routine maintenance of the vehicle, as far as possible in accordance with the maintenance manual provided in the manufacture.