Function of the starting system components

The car battery provides electric energy to the starter motor during the starting process. When the car starts, the starting current is relatively high, the gasoline engine is generally 200 ~ 600A, the diesel engine is generally 800 ~ 950A. In order to make the battery voltage to restore, the starting time should not exceed 6s, restart interval should reach 20s,  otherwise the battery excessive discharge, leading plate sulfurization. If the engine cannot be started after three times attempt, it should be started after an interval of 2min on the basis of checking and troubleshooting. When the car engine starts, you must immediately cut off the control circuit of the starter to stop the starter, otherwise it will damage the pinion of the starter and make the starter unable to work.

(1) The starter switch. It controls the starter works by starter relays (or starter’s magnetic coils).

(4) The starter cable. It connects the battery anode to the starter terminal.

(5) The grounding cable. It is the connection part of the negative electrode of the battery to the metal parts such as the body frame.

The starter is the most important core part of the automobile starting system, composed of three parts: DC motor, transmission motor and control device. The function of DC motor is to convert the electric energy of battery into mechanical energy, generating electromagnetic torque. The function of transmission mechanism is to make the drive pinion of the engine to mesh with the gear ring of the engine flywheel, and transfer the torque to the crankshaft, so as to drive the piston connecting rod to reciprocate up and down. When the engine starts, the drive gear slips automatically and separates from the gear ring of the flywheel automatically, and cut off the power transmission, so as to prevent the motor from being damaged by the excessive rotation caused by the engine. The control device is a solenoid switch, its function is to control the effective meshing and separation of drive gear and flywheel gear ring, and control the switch on and off in starter circuit. 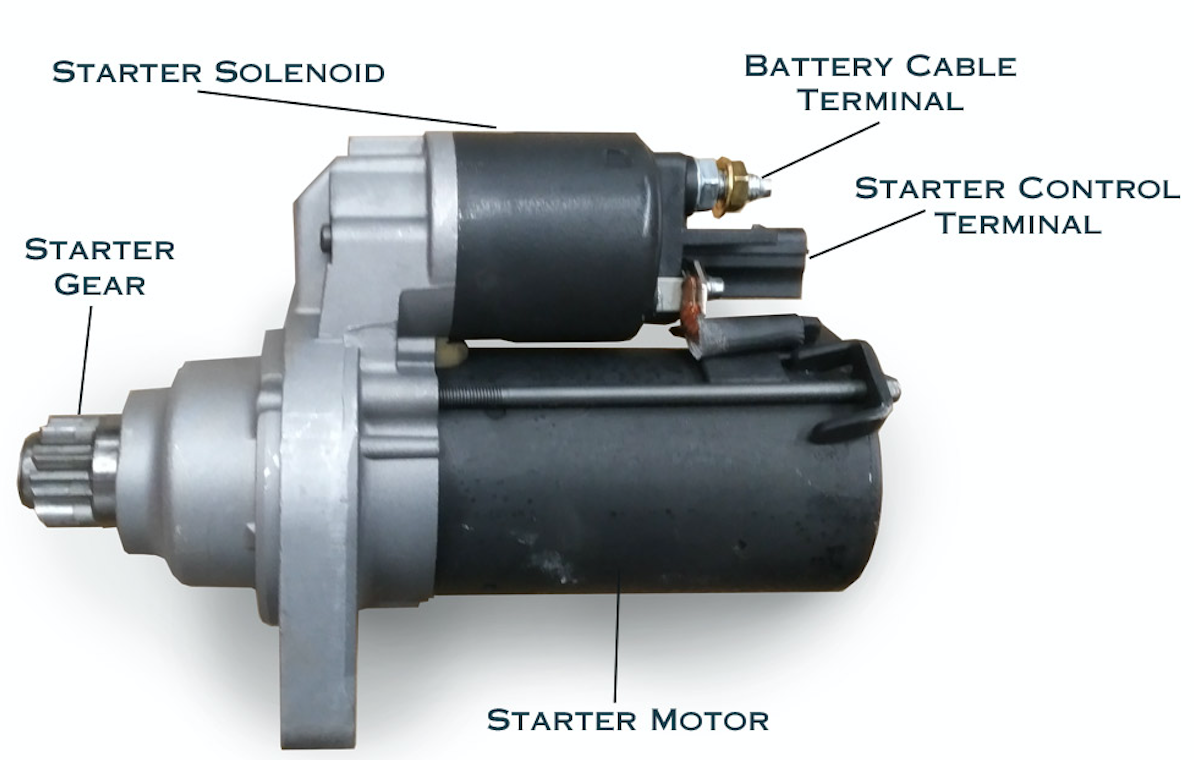 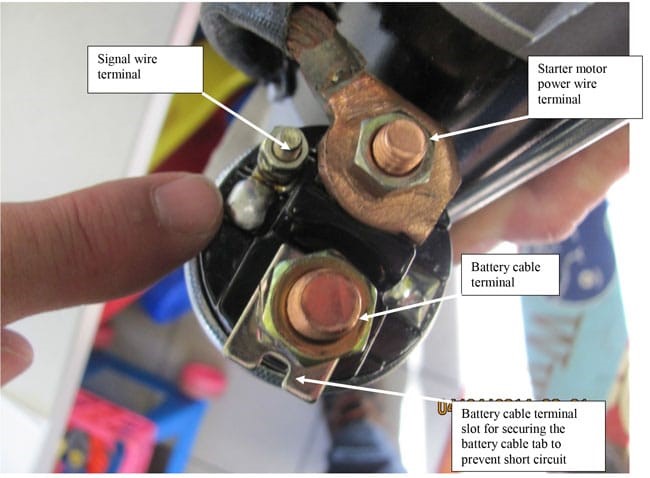 The car starter does not work means the starter switch is on the starting position, but the starter does not operate. There are many reasons for this fault. One of the reasons is the battery power supply system has problems, such as low battery power, the main power supply of fuse or the relay is damage, the loose starter cables and battery terminal posts, or oxidation of terminal posts. The second reason is fault of starter relay, such as short circuit and grounding inductance coil, the ablation of moving contact or static contact of starter relay, large gap between iron core and contact point, etc. The third reason is the starter fault: such as the starter DC motor fault, transmission mechanism fault, control device fault. The fourth reason is the starter switch fault, the car starting gear malfunction.

(1) Check the battery. When the horn doesn’t work, instrument lights and headlight are dim, or electric windows is abnormal. Check whether the battery terminal is oxidation or bad contact, or battery is bad ground. The measured starter voltage should be greater than 9.6 V.

(4) Check the starter relay and starter fuse to determine the failure point.

2. Diagnosis and troubleshooting - the starter motor is weak power

It refers to the fact the engine can be driven by starter motor, but the speed is too low (the normal idle speed of the car engine is 800r/min). In severe cases, the engine stops and the power of the engine is obviously insufficient. 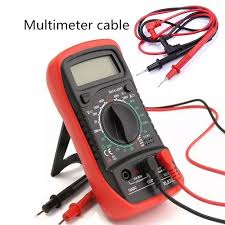 (4) If there is no problem in the previous three diagnostic steps, it is necessary to troubleshoot the starter and restore its performance. If it cannot be repaired, replace the starter.