The battery fault light is on when the car is running, indicating the battery or charging circuit failure. The main reasons may cause the battery failure light on are as follows.

2. The alternator belt is loose

It is necessary to go to auto repair shops for careful inspection and maintenance of the charging circuit system.

The above are the main factors affect battery failure, so we need to go to auto repair shops for inspection and maintenance as soon as possible to avoid leaving you strand on the road. 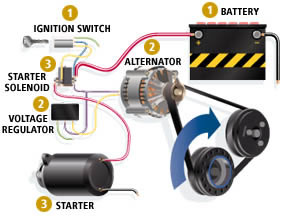 Indicator light should be used multimeter or diagnostic instrument or other related instruments to test, check whether the system is charged. If it charges normally, check the charging indicator line and related interference, otherwise check the low voltage charging system of the vehicle alternator.

4. If the low-voltage battery fails itself, use the special battery tester to test whether it is normal. If it is not normal, it should be removed to use the special charger to charge or replace it.

5. After above detection, if the faults can be eliminated, then replace or repair the alternator itself.

The battery indicator light is on, indicating a battery failure or failure of the engine power system. Engine battery is an important part of engine starting system. When the engine starts, it gives power to the engine to start the vehicle. After the vehicle get started, the car battery doesn’t work any longer, and just be charged by the car alternator. 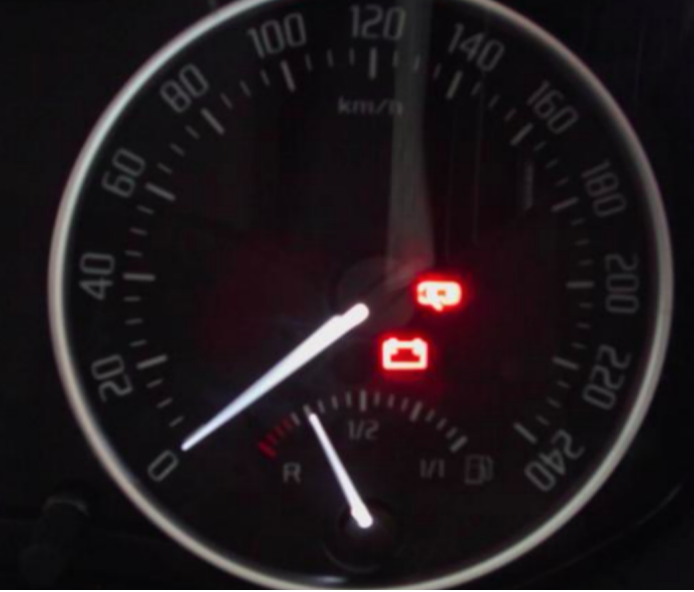 Alternator: after starting the vehicle, the battery no longer works, and the power supply of the whole car is from the alternator. The alternator is driven by serpentine belt to generate electricity, and transmitted the power to the whole vehicle electrical devices and battery, and the battery is to supplement the electricity. If the alternator cannot work normally at this time, then the whole vehicle electrical devices will use the battery power. If the battery power is exhausted in the long run, the battery indicator light will be lit. If the engine battery has reached its service life, it will be difficult to start. Of course, it is also possible the car can be started even the battery died, but it’s hard to start. General battery life has 2-3 years, so attention should be paid when we use the car, avoid the battery to strike and vehicles to work abnormally.

Solution: Stop and check immediately to confirm whether the battery or alternator has a problem.