When the automobile engine is not working normally, car won't start, and the self-diagnosis system has no fault code output, it is especially necessary to rely on the operator's inspection and judgment to determine the fault type and the fault location. We summarizes the engines common faults as follows:

A. The engine cannot crank or crank too slowly due to the failure of the starting system.

(1) The battery storage is insufficient, the battery electrode clamp is loose, or the electrode post is seriously oxidized.

(2) The general fuse of the circuit breaks, ignition switch failure, starter fault. The starter circuit is open circuit or the connector is in bad contact.

(1) The ignition coil is not working properly, resulting in weak or no high voltage spark.

(3) The ignition timing is not correct. 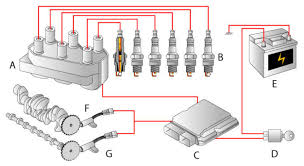 (2) The fuel pump is not working or the pump fuel pressure is too low.

(4) The relay is disconnected.

(5) The fuel pressure regulator does not work well. 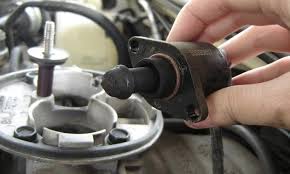 When it comes to the automobile fuel system, many drivers only know how to fill the gas tank and open the fuel cover, but they have few knowledge about the fuel system. The fuel pressure rely on several factors for a car engine to start properly. If there is insufficient fuel or less fuel pressure, resulting in incomplete combustion or even a hard starting engine.

Some drivers used inferior gasoline, the engine operation is directly related to the fuel quality and whether the fuel system works normally.

The fuel pump is immersed into the fuel tank and designed to reduce air resistance and moisture. The inlet of the pump has a smaller diameter filter screen, it can filter out small particles of fuel impurities. The filter will be clogged after a car has been in use for a long time, it can cause the engine to fail when the engine shuts off. The solution is to release the fuel pressure, clean the filter and refuel the improved gasoline or diesel.

The fuel pressure regulator is installed at the end of the fuel supply line to regulate the pressure coming into the injector. This pressure is maintained at a constant value of 300-350kPa, and not affected by the vacuum in the inlet pipe and the fuel pump pressure. There is also a filter screen on the fuel pressure regulator. If the filter screen is blocked, the sound of air flowing will be heard in the fuel tank. The fuel filter can be cleaned with fuel detergent and then blow-drying with compressed air.

We can also remove the injector and fuel rail in all cylinders, and check the installation location whether there are a large amounts of carbon deposits and fuel impurities. If so, it also means that the filter screen on the fuel pressure regulator is clogged.

The fuel system components are corroded by the moisture

Fuel contains some moistures, the moistures are produced in the refining process, or outside air entered the fuel pipe. In the warmer temperature, fuel can be properly dissolved part of the moisture, but in the cold state condition, the gasoline solubility becomes poor, the extra moisture will slowly gather in the fuel filter and joints in fuel pipe, leading to fuel supply intermittently.

There is a seal on the injector. If the seal leaks, it will lead the injector to leak, we can see a lot of oil stains on the side of the intake manifold. The main reasons are low fuel pressure (160-180kpa at idle), the emission test result shows a high levels of HC (hydrocarbons) and CO (carbon monoxide).

During the inspection, the coolant temperature sensor and air flow meter should be emphatically checked, and the coolant temperature under the corresponding conditions should be checked. For example, the relevant state of the hot car is 80-90 degrees, which is certainly not as low as 20-30 degrees. The air intake detected by the air flow meter at idle speed is 30Hz, and the engine speed can be increased to 50-60h.

Conclusion and Suggestions: fuel system maintenance is not only simple refueling. If possible, you can go to the repair shop to clean the fuel system, the throttle and fuel injector shoe. It is recommended to clean every 20,000-30,000 kilometers. If you can't, the fuel you refueled should meet the standard at least, rather than saving a little money to fill up with fuel not up to the fuel standard.