From experience with vehicles, more than half of all petrol engine breakdowns are caused by unclean fuel. All petrol has some moisture in it. Some of this water is produced during the refining process and some is caused by external factors. At normal temperatures, the fuel dissolves some water. 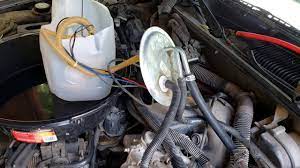 The normal cleaning frequency should be 30-40,000 km / time, and according to their own driving conditions and car conditions appropriate increase or decrease, for example: urban road congestion will accelerate the oil road blockage.

Because the car engine in the course of operation will quickly evaporate the surface layer of water, in addition to the running course, the generator set will cause electricity consumption, even if the electrical equipment part of the occasional water seepage.

It will not cause the engine to stall, only long-term operation, the car engine or high-speed rotation on the turn car engine, the use of heat evaporation of water can be.