The alternator plays an important role in our car. Recently, some drivers have asked our automotive engineer, what are the symptoms if my alternator has failed? The following is our answer.

The alternator is the main power supply of the car, its function is to charge the battery and supply the power to the electrical devices (except starter motor) in the normal operation of the engine (above idle speed). On the basis of the three-phase stator windings of the common alternator(AC), the number of turns of the winding is increased and the wiring heads are drawn.  However, when the car is at high speed, it will be output by the original three-phase winding only. We've summarized three common causes of charging system failures as your reference.

The alternator is part of your vehicle's electrical system. Its main role is to provide power in your car to operate starting, ignition and all electronic accessories. If the alternator starts to fail, you may notice your headlights or dashboard lights starting to dim. Once the instrument lights or headlights are dim, it is a clear sign of a potential alternator failure. The performance of alternator in decline may result in other electronic accessories operating more slowly than usual, such as power windows or power seats.

Most modern cars have a reminder for you when a alternator warning lights flash in a dashboard. Normally, the light is shaped like a battery, but some people might say ALT or GEN. This lamp may only light up if you are using more than one electrical component. 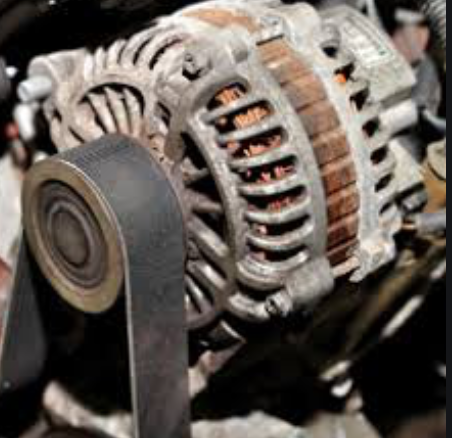 October 04, 2020
Recommended Reading
A faulty fuel pump Preparation for Vehicle That Will Park for A Long Time Introduction to Vehicle Charging System What Is Air—Fuel Ratio Starter analysis and troubleshooting
Updated Products