Volkswagen Santana 2000, when turn on the ignition switch and start the car, the engine is hard to start. Check whether there is enough fuel in the fuel tank and other various systems are working properly, then check the fuel tank again, determinate whether fuel pump has a respond in the fuel tank or not. According to the above symptoms, we can tell if the fuel pump is failing.

The causes of fuel pump failure

3) Sensor failure in the engine. 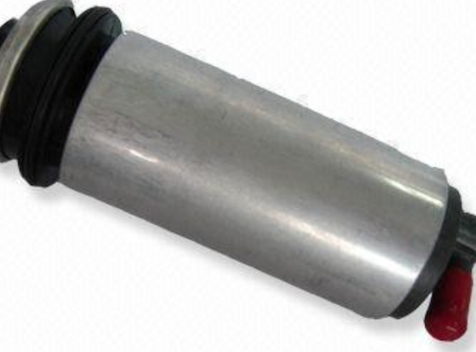 Treatment measures of the malfunction

The most direct way to solve the above problems is to replace the fuel pump, most of the fuel pumps in modern cars are not repairable, only replace it once if damaged. If the fault occurs in circuit of the fuel tank, just replace the circuit in the fuel tank, then continue to use. If there is no fault in the circuit, check whether the pressure of fuel pressure regulator is on the high side or on the low side. Generally, if the fuel pressure of the pressure regulator is too high, resulting in a high mixture concentration, the injector will work abnormally. After maintenance, turn on the ignition switch and the fuel pump. If still not, continue to check the other components.

Symptom: When santana 2000 model car is parked, the fuel tank sends out a "squeaking" noise.

Fault diagnosis and elimination: according to the above fault phenomenon, it preliminarily tells that the abnormal sound is caused by the fuel pump, so turn off the ignition switch and remove the negative electrode wire of the battery, open the fuel tank and take out the fuel pump. If the gasoline in the tank was found to be brownish red, reach your hand into the tank, and touch the bottom of the tank to check whether there is sediment, or inspection revealed large amounts of sediment inside and outside in the fuel pump strainer. The primary reason for the failure is the blocked fuel passage by a large amount of sediment in the fuel pump. As the fuel pump cannot dismantle, the fuel pump has to be replaced.

Remove the remaining fuel from the tank, clean the tank, install a new fuel pump, pour the filtered fuel back into the tank. then start the engine. If the fuel pump has abnormal noise, but less than before, remove the fuel pump, install other fuel pump of Santana 2000 in this car. If found the fault still exists, indicates the fault is not the fuel pump, maybe the faults exists elsewhere in the fuel supply system.

(3) Analyze the cause of its failure. Due to the use of inferior gasoline, the fuel contains a large number of impurities in the sediment. They will adhere to the fuel pipe and fuel filter( with the flow of fuel through the fuel filter screen). Over time, the fuel flow will be blocked, and part of the fuel will flow out of the inlet side of the pump under the fuel pump pressure, so there will be a "squeaking" sound. The fuel pressure relief valve is used to protect the fuel pump and fuel pipe and other components. If the pressure in the fuel pipe exceeds the normal value, the pressure relief vent will be opened to release part of the fuel to reduce the fuel pressure, ensure the fuel pump not be burned out or the high pressure in fuel passage, leading to burst.

Troubleshooting fuel supply system should refer to the vehicle situation and diagnosis. One component failure will affect the normal work of the entire body. You should always pay attention to the vehicle's fine points, don't ignore the tiny problems. When repairing and installing the fuel supply system, make sure you follow the correct maintenance procedures.