The automotive engine usually converts chemical energy into mechanical energy. The device is the heart of the car. Maintenance is essential. The engine works on the same principle as a human being. The electronic control unit (brain) sends out commands to control the execution of other parts (body). There are many feedbacks transmitted to the ECU. The ECU analyses and sends out commands. This cyclic process maintains the normal operation of the car.

The engine was first born in England, so the concept of 'engine' comes from English. The original meaning of this word is 'mechanical device that produces power'.

When the electronic control system is defective, you suspect that a sensor is damaged. You can do some tests with the multimeter. The application of the oscilloscope is also widespread. Reading the data stream also achieves the goal. Be sure to figure out the data, methods and conditions before testing.

(1) Don't test sensors with the pointer multimeter, except for some particular indications during testing. Use the high impedance digital multimeter or the automotive multimeter.

It is forbidden to check the condition of transistor circuits with the scratch method. Don't use ordinary test lamps to test any electrical devices connects to the ECU. Otherwise, the transistors can be damaged. Check the pulse circuit with the LED light or the oscilloscope.

(2) The battery must not connect to the wrong polarity. It is a negative ground system. It is forbidden to disconnect the battery from the circuit when the engine is running at high speed. The transient overvoltage will damage the ECU and the sensor. Bring reliable voltage regulators into operation to keep the battery in the optimum condition.

(3) When performing arc welding on a vehicle, unplug the ECU. Pay special attention when carrying out body repair works close to the ECU or sensors.

(5) In the car's electronic control system, most of the problems come up not in the ECU, sensors and executive components, but the connectors. The connectors are often loose, desoldered, burnt, rusted and dirty. These faults make poor contact or short-circuit transients. So when the fault occurs, don't replace components so easily, but check the condition of the connectors first.

(6) When the electronic control is defective, don't disconnect the battery from the circuit. Otherwise, it will clear the DTC and sensor information stored in the electronic control unit. After retrieving the diagnostic trouble code and sensor information with the self-diagnostic system, finishing the fault diagnosis, the battery can only be disconnected.

Check if the DTC exists. If there is a DTC, remember it before disconnecting the battery. You'd better remember the DTC of the audio equipment with the anti-theft code, too. Otherwise, the audio self-locking affects the subsequent application.

(7) When removing or installing inductive sensors, turn off the ignition switch to prevent damaging the ECU by its self-induced electromotive force. Otherwise, new problems arise. Referring to the application of other sensors, you should be aware of their characteristics.

(8) Take care to check the bond strap connection. Its resistance value should not be larger than 1.5Ω in general.

(9) You have a car with an airbag. You want to check and repair the airbag. Improper handling may cause them to open accidentally, which causes injury to the driver and passengers. So we must take the test procedure seriously.

When carrying out maintenance work on the airbag, turn off the ignition switch. Disconnect the battery's negative terminal and wait for the 90s before the operation, which avoids accidents.

(11) The power of some dashboard warning lights must not casually change. Otherwise, abnormal conditions may occur.

(12) Pay attention to the shield wire. When we talk about the camshaft position sensor, it is not enough to determine whether it's good or not just by measuring its voltage or resistance. Many electromagnetic sensors have normal detection resistance and voltage, but if the wire is not well shielded, it also leads to faults.

(13) Don't unplug any electrical equipment while the ignition switch turns on, which avoids the self-induced electromotive force in the circuit. Or it damages electronic components.

(14) The ECU has a learning function, but once the ECU's power circuit has been cut off (e.g., removing the battery), the data stored during engine operation loses. So it is essential to reinstall the battery after its removal.

If the vehicle is not working as well as it used to, don't just casually replace the parts. It may be due to the removal of the learning correction memory in the ECU after disconnecting the battery.

This is because the ECU learns the corrections based on the actual system conditions. Compared to the learning of the engine operating conditions based on the manufacturer's data stored in the read-only memory (ROM), there will be some differences. If this is the reason, the ECU will automatically build up a correction memory after the engine runs for some time.

If you want the ECU to fully 'recover its memory', you need to let it relearn in road testings under different working states. Then bad conditions will automatically disappear.

While driving the vehicle, pay attention to the relevant indications on the dashboard. Notice the water temperature gauge, oil light and charging indicator frequently. If you see any irregularities, deal with them immediately.

Make sure that the fuel is following the rules. The quality of the fuel has a significant influence on cylinder combustion. Poor quality petrol causes a large number of carbon deposits and gum deposits. These deposits accumulate in the combustion chamber, injectors, intake tract and valves, which makes the engine idling. The car is difficult to accelerate. 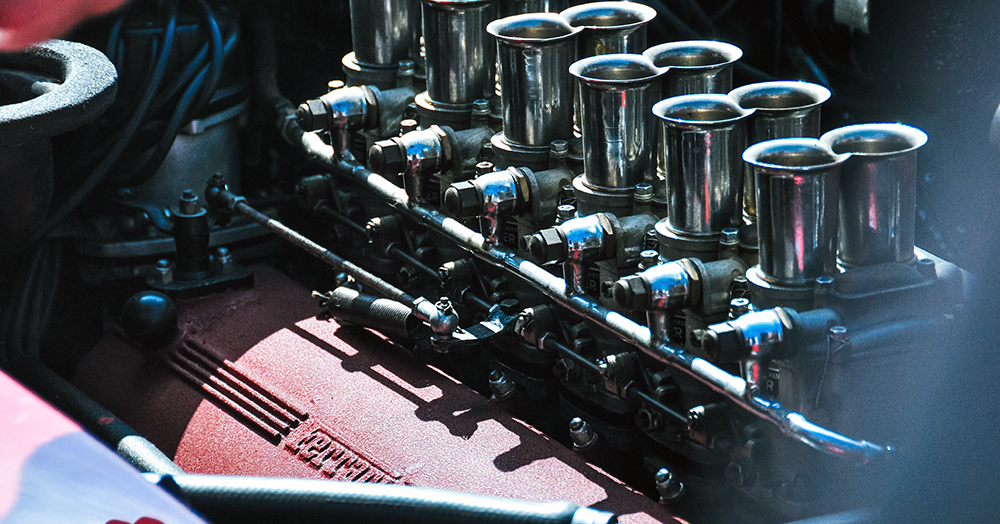 Start the engine in a peaceful state. Leave it idling, then accelerate. Be careful whether the machine sounds normal. The sound of a normal running engine should be relatively low and regular. If there is a fairly sharp noise, please check and repair the car immediately. Otherwise, the fault causes more damages.

Start the engine when it is cold. The engine needs to be preheated as necessary. When the engine is at normal working temperature, the running resistance and work stability of car parts are optimal. Preheating is necessary.

Maintain your engine regularly. Use the proper engine oil. Keep the coolant at high level so that the machine has good heat dissipation. Periodically clean the oil and air lines. Ensure that the engine has smooth oil and air inlet channels.

Try to keep the engine speed below the red scale of the tachometer. Don't drive under the overloaded engine. Refuel the car when the oil remains 1/3 in the tank. It is crucial to keep the gasoline pump a good heat dissipation, ensuring a long life for the pump.

Looking for more good quality and affordable parts to keep your vehicle in good condition? From ignition coils and fuel pumps to alternators, you’ll find them all at Delcoribo Motor Products.